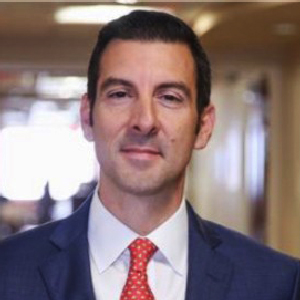 The COVID Shift: Emerging Strategies in Workforce Planning and Leading Teams in a More Authentic, Holistic and Supported Way

What challenges and learnings have you had these past 18 months?

As leaders, we are all learning how to employ new creative solutions to address the current and emerging challenges that face healthcare. It starts with taking care of our teams.

Join this unique fireside chat with Michael Vaccaro, SVP of Acute Inpatient Nursing at Novant Health, as he shares newly developed best practices that are helping Novant strategically navigate its way towards a successful operational future.

In this chat, we will cover: 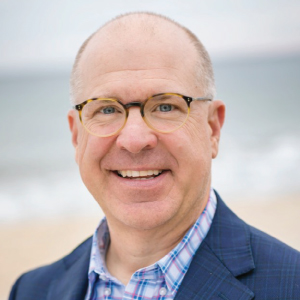 CJ Floros is a senior executive with over 20 years in leadership roles covering business /corporate development and finance. He is recognized as a visionary, who has successfully provided leadership to early stage and middle market companies resulting in building top and bottom-line growth from inception to exit.  His previous roles include as Chief Development Officer at APS where he successfully  developed an enterprise sales strategy which lead to hyper growth of 70% reoccurring revenue upon sale; Chief Development officer of ConnectEDU where he established new revenues streams that contributed over $7M in recurring revenues; CEO of Perrone Group; and CEO and Founder of APLUS.  He started his career as an Audit and Assurance Accountant at Deloitte.  CJ has a BS in Accounting and Finance from the Carroll School of Management at Boston College.

Michael Vaccaro currently serves as the Senior Vice President of Nursing for Novant Health. Michael has responsibility for all of Novant Health’s inpatient acute care nursing.

Prior to his role of vice president of nursing for Novant Health, Michael served 7 years as the senior director of nursing for Women’s and Children’s Services at Novant Health Presbyterian Medical Center.  He was responsible for overseeing the day-to-day operations and supporting the strategic plans for Presbyterian Women’s Center and Presbyterian Hemby Children’s Hospital. Michael led many initiatives that improved the overall experience patients and families receive when they enter Presbyterian’s doors.  He worked collaboratively with clinical and support areas of the hospital, focusing on all aspects of the healthcare experience.

Michael previously served as the nurse manager of pediatric services at Jeff Gordon Children’s Hospital.  He began his career as a nurse in the pediatric intensive care unit at Presbyterian Hemby Children’s Hospital after receiving his Bachelor of Science in nursing from the University of North Carolina at Charlotte.  He also completed a dual master’s degree in healthcare administration and business administration from Pfeiffer University. He recently became certified in Executive Nursing Practice through AONE, American Organization of Nurse Executives.

Michael is an active member of the Charlotte community, serving on the executive board for the Ronald McDonald House of Charlotte.  He is also involved in the North Carolina Nurses Association. In February, Michael was awarded the 2019 UNC-Charlotte School of Nursing Alumni Chapter Distinguished Alumni Award.  He is also the recipient of NCNA’s Nurse Leader of the year in 2012 and was one of Charlotte Business’s Journal 40 under 40 in 2013.  He is a graduate of Disney Institute’s service excellence program, where he focused on development of organizational culture and customer satisfaction.  His community involvement also includes being a graduate of the second class of the Community Building Initiative Leaders Under 40 class.

Michael and his wife, Marian (who is also a nurse), have two children, Ella and Nolan.  In his free time, he enjoys spending time with his family, running and doing triathlons.

Past positions at Novant Health: