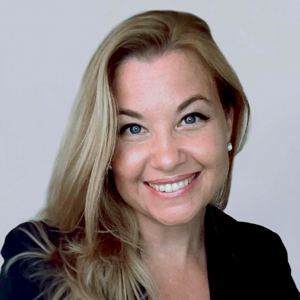 In 2021, a record-breaking number of U.S. workers quit their jobs in search of new opportunities with more pay, better benefits, and meaningful growth potential. Labeled as “The Great Resignation,” this trend has impacted nearly every industry — leaving executives scrambling to figure out how to retain their best people.

Intermountain Healthcare, a Utah-based health system with more than 42,000 caregivers, is addressing this challenge by investing in the education of its workforce. By leveraging the power of education, Intermountain can provide its people with access to life-changing learning opportunities that drive long-term skills development, fuel talent pipeline and contribute to a more diverse workplace.

Through employer-sponsored education, corporations are in a strong position to keep and attract top talent — effectively turning the Great Resignation into the “Great Retention.” In turn, academic institutions are creating meaningful and impactful learning pathways to ensure that these companies have the right options for these employee-learners.

In this intimate and interactive Virtual Think Tank, HR, Workforce Development and Learning leaders will discuss:

Dr. Michelle Westfort brings more than 20 years of professional experience in higher education programs and partnerships to InStride. In her current role as Chief University Officer, she oversees the vision of education pathways and leads the development of InStride’s highly curated global network of academic partners, which includes top tier research universities.

Prior to joining InStride, Michelle was the Vice President of Business Development for The Learning House (acquired by Wiley) where she was responsible for developing higher education partnerships to build online programs. Previously, she held leadership positions at Pivot Worldwide, building workforce development opportunities for global learners and at Navitas, the Australian based pathway provider responsible for expanding enrollments at US-based public universities from major markets including the Middle East, China and Latin America.

Michelle focused her early career on high school partnerships that inspired creative learning at The Art Institutes where she led recruitment, business development, marketing and admissions teams. She started her career at Snelling Search, helping build the first online platform for recent college graduates beginning their careers in finance.

Michelle has also devoted her time to volunteer causes as the Director of Commit2Change’s Campus Ambassador Program, a mentor to female leaders in the international education sector through Lead5050 and recently named “Exceptional Women’s Awardee” in April 2020.

She completed a certificate in strategy at Wharton Online and has studied at INSEAD in Singapore through a corporate-sponsored program and holds a Doctor of Education, Organizational Leadership from Argosy University, a Master of Arts from New Jersey City University and a Bachelor of Arts from Monmouth University and has taken courses through Harvard Extension and the University of California-Irvine. 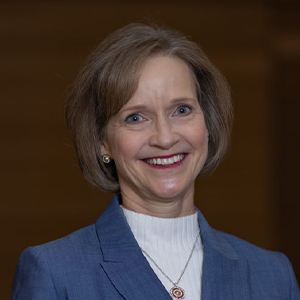 Marguerite Samms, MN, RN, PCC, is the Assistant Vice President for Leadership Development at Intermountain Healthcare. She is a professional leadership coach with extensive healthcare and large-scale change and talent management experience. She is responsible for leadership excellence, talent development and progression, talent marketplace, and the enterprise wide caregiver education ecosystem. Since joining Intermountain in 2014 she has advanced leadership capabilities, managers as coaches, and a people centered culture for the benefit of helping people live the healthiest lives possible. In 2018 she partnered with the President and CEO emeritus to launch the Intermountain Healthcare Leadership Institute and Leadership Simulation Lab in the new Gardner Transformation Center. She is currently leading an organization wide collaboration to create the Center for Learning and Transformation, a virtual hub for healthcare learning and career advancement.

Marguerite collaborates nationally with colleagues to learn together and improve the future of work. She is an executive coach, author, and professional speaker. Marguerite began her career as a critical care nurse and for the last 22 years has passionately focused on individual, team and organizational development, coaching, and culture. 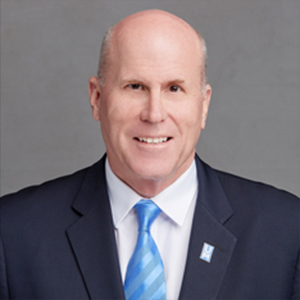 Under Irwin’s leadership, since 2017 UofM Global has become the top ranked online program in Tennessee with more than one-third of the academic programs ranked nationally.   UofM Global enrollment has more than doubled in the four years and now serves 5,200 students from 42 states and several foreign countries who are completing their studies fully online.

The dramatic growth achieved by UofM Global and CPLS is partially attributable to the entrepreneurial spirit embodied within industry partnerships such as LiFE, or Learning Inspired by FedEx, launched in 2018. Since then, LiFE has expanded to including operating companies FedEx Express, Logistics and Freight and more than 1,000 employees have initiated their journey toward a post-secondary degree.  As a result of this innovative collaboration with FedEx, UofM Global was recognized by Chief Learning Officer as the Gold Medal Winner for Learning in Practice.

UofM Global has been recognized by U.S. News and World Report as the #1 online program in Tennessee and top 10 for best overall value. Furthermore, almost a third of the degree programs offered through UofM Global are also nationally ranked.

Since returning to CPLS in 2019, where Irwin served as Associate Dean from 2010 to 2014, the college has seen a boost in enrollment. This growth has been fueled by the UofM Global industry partnerships along with new, attractive academic program offerings in Commercial Aviation (B.S.) and a Doctor of Liberal Studies (DLS).  As one of three such programs in the country, the DLS from CPLS is the only one that may be completed fully online through UofM Global.

Maximizing innovative methods to deliver and recognize college-level knowledge, Irwin, an advocate for lifelong learning, was instrumental in redesigning the experiential learning credit (ELC) program.  ELC is now the institution’s most popular prior learning assessment program enabling adult students to convert rich personal and professional learning experiences to college credit.  More than 400 UofM students each year have been awarded ELC resulting in accelerated credit accumulation and over $1 million in savings.

Irwin also engineered launching the Finish Line, a degree completion initiative that has enabled more than 800 students who had attained 90 credit hours or senior standing but lapsed enrollment to return and complete their degree at the UofM since 2013.  The Finish Line has become a national model and been recognized by the Association of Public and Land Grant Universities, Association of Continuing Higher Education, NACADA and others for its success in supporting non-traditional student degree completion.

A tenured, professor in the Kemmons Wilson School of Hospitality and Resort Management, Irwin has authored more than 100 articles, books, book chapters and commissioned reports.  In recognition for his contribution to academia as well as the sport industry, Irwin was awarded the prestigious Sutton Award by the Sport Marketing Association in 2013.  He has also been recognized by the University of Memphis as a PI Millionaire for generating more than $1 million in grant funding.

Irwin earned his Bachelor’s, Master’s and Doctorate degrees from the University of Northern Colorado and now resides in Germantown, TN with his wife Carol, who is a tenured professor in the College of Health Sciences.